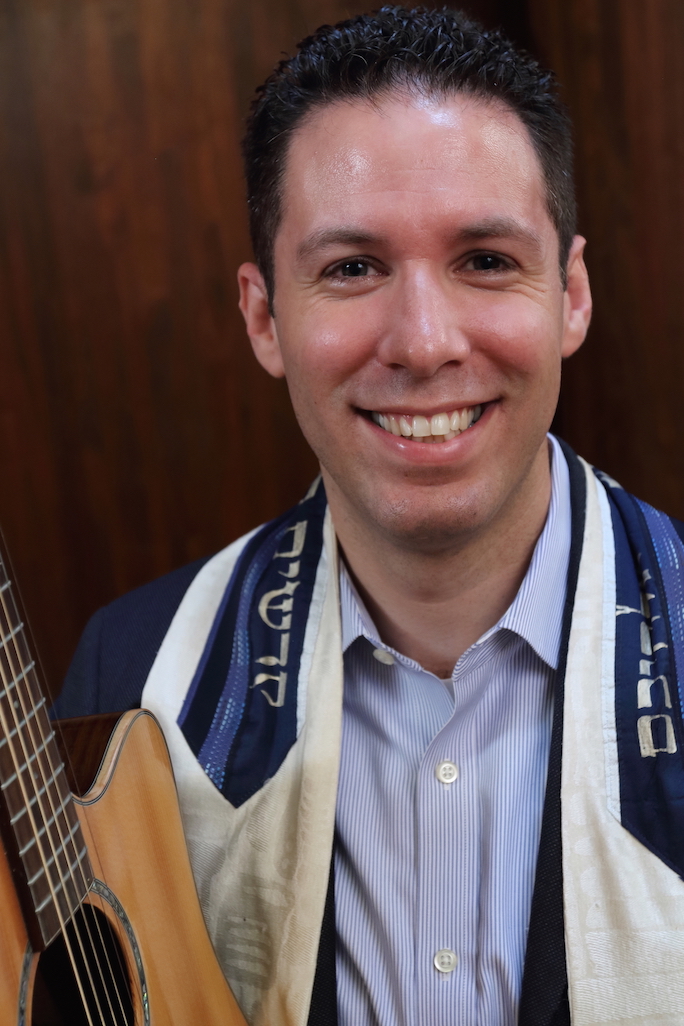 Jamie Marx is honored to serve as the cantor of Temple Sholom in Broomall. He is passionate about worship music in all its forms, utilizing pop and folk styles, art music, niggunim, choral settings, and chazanut in services. He finds great inspiration in a quote from Rabbi Abraham Joshua Heschel: “Within the synagogue, music is not an end in itself but a means of religious experience.”

A composer and songwriter, Cantor Marx has written, recorded, and published numerous pieces, including two albums of Jewish rock (In Pursuit and Restless Heart) and various settings of Jewish liturgical texts. His songs have been published by Transcontinental Music Publications as part of the Shabbat Anthology, Manginot, Chazak V’ematz, Ruach, and Mikraei Kodesh songbooks.

Cantor Marx received his Master’s in Sacred Music in May 2010 and his cantorial ordination in May 2011, both from Hebrew Union College-Jewish Institute of Religion in New York. He earned a BA in Music from California Polytechnic State University, San Luis Obispo, in 2003. He is happily married to Anna and is the proud father of Eliana and Isaac.